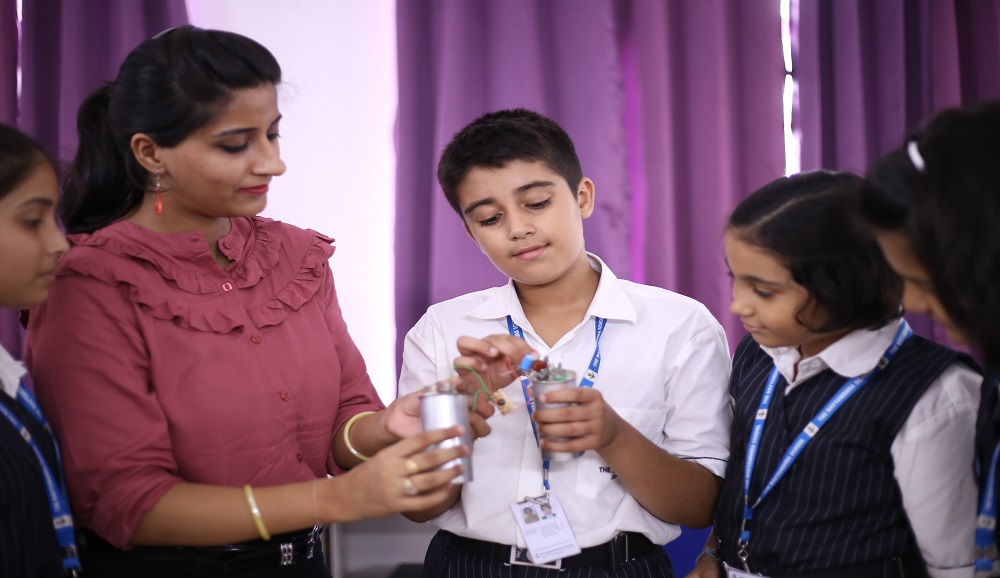 Parents indeed have a role to play in shaping children’s personalities. And this role stands the most crucial when children are still young. That’s because childhood is the phase when kids are most impressionable and can be easily moldedthe way you want them to. Having said that, it becomes even more important to ensure that children are given the right kind of upbringing and are taught the right morals and values when they are young; for this will form the base for their character as well as personality development.  This is crucial because your child’s personality determines their success and development at multiple levels.

Now the question is, how can you, as parents, shape your child’s personality? This is again impacted by multiple factors. Firstly, keep in mind that the way you react to situations and handles them has a key role to play in shaping your children’s personalities. This is what is basically known as learning through observance.

Apart from this, the teachings that parents pass on to their children in the form of one-to-one conversations, storytelling, and role-playing also serve to shape their kids’ personality too.

So today, in this article below, we, at The Navyandhra School, ranked among the top schools in Gurugram sector 49, will shed light on the various ways in which you, as parents,contribute to shaping your children’s personalities. Read on.

As a parent, if you want your child to act in accordance with his thoughts and beliefs, you, as a parent, must follow a similar philosophy. For instance, if you think that one should not consume sweets before bedtime, you must prevent doing so yourself. On the other hand, if you preach one thing and act exactly the opposite, you are likely to pass on the wrong message to your children.

Most parents want their children to obey all the rules and regulations put down in the house. In case the child fails to abide by these regulations, it often happens that kids end up being punished or scolded. But do you know, if you keep on dominating your children, they are more likely to develop bitterness towards you as well as life!

Thus we, at The Navyandhra School,would like to advise you to avoid adopting the extremes with your kids, no matter what the case is! Instead, focus on explaining to children why rules are formed in the first place and why it is important to abide by them.

Being an authoritative parent plays a vital role in shaping children’s personalities for good. Authoritative parents are those who set reasonable rules and realistic boundaries. Moreover, they encourage children to become independent.

Such parents are keen on introducing discipline into their children’s life. However, while doing so, they ensure that children receive rewards for obeying the boundaries. This helps children in getting a better perspective on life.

A child’s company is likely to influence his personality in more than just one way. Thus, for you as a parent, it is important to know what kind of company your child is in. Children, who feel ignored by parents, are likely to get into bad company. This impacts not just their present but also the future. Moreover, coming back becomes difficult. Thus, as a parent, if you want your child to develop a strong and groomed personality, you must get involved with your child.

How can you do that?

At times, it becomes difficult for children to differentiate between the good and the bad. This leads to them picking up all the wrong traits, which are likely to damage their standing both at a personal and professional level.

This is where parents need to step into the picture. Parents should introduce children to traits, right and wrong. This is critical because these traits, in totality, determine the child’s personality. Stepping up at the right time is much needed.

All this while, if you are wondering what is shaping your child’s personality, it is possibly your actions and behavior. One of the contributions can also be a lack of involvement as a parent in your child’s life. No doubt, a parent can make or break a child’s personality. We, at The Navyandhra School, one of the top schools in Gurugram sector 49, have been advocating this thought to parents for a while now. We have seen improvement in many of our student’s personalities with a mere change in the parents’ approach and involvement. We would thus like to urge our respectable parent fraternity to understand that your role as a parent is not merely limited to fulfilling the needs of your kids. Your role in their life is far more important! Appreciate Questioning by Your Kids: Here’s How It Will Benefit Them! Screen Time While Eating: Why is it a Bad Habit?